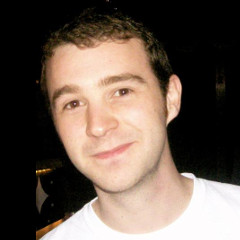 I'm a web developer living in Hertfordshire, UK. I'm ghostal on Github and @ghostaldev on Twitter. I was recently a senior developer at VioVet, and now I'm working as a freelancer.

I've been tinkering with the web since I was about 10 years old, initially learning to use HTML, Javascript and CSS, before moving on to PHP and MySQL a few years later. Since then, I've used and abused a myriad of technologies, including SASS, Node and bash scripting, with various levels of success.

I'm big and brave and use the Linux and git command lines. My IDE of choice is PHPStorm (or anything else based on IntelliJ). Recently I finally got why people prefer spaces over tabs. (Sort of.)

I'm a big believer in testing, CI and agile, and I'd love to have more chances to work in teams that practise them.

Music is a big part of my life. I've played guitar and sung in several bands, and I'm currently part of The Pirate Captains. We are the saltiest ska punk sea dogs that ever sailed the seven seas. I perform at open mic nights, as well as recording and producing music in my home studio.

I also like road trips and adventures. I once cycled with a group of friends from Hertfordshire all the way to Bournemouth, to raise money for charity. I rode a BMX and my knees were not happy about it.

If you'd like to hire me for a project, get in touch!